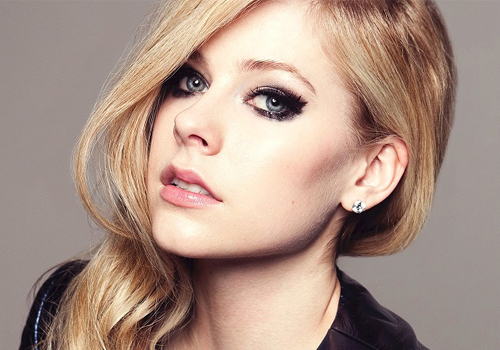 Avril Lavigne (born Avril Ramona Lavigne, September 27, 1984 in Belleville, Ontario, Canada), is a Juno award-winning and Grammy-award nominated singer, songwriter. In 2002, Lavigne reached mainstream success after her debut single, Complicated, and her debut album Let Go, gained lots of media attention and honourably earned her reputation of a ‘skater punk’ persona and ‘pop punk princess’ when she was only 17 years old.

Since her professional debut, Lavigne’s honors notably are 8 Grammy award nominations as well as 8 Juno awards from 24 nominations. Lavigne is one of the top-selling artists releasing albums in the US, with over 11 million copies certified by the RIAA. To date, Lavigne has had 8 Top 20 Billboard Hot 100 hits, including the best-selling single in 2007, Girlfriend, which was released as the lead single from her third studio album, The Best Damn Thing.

As of April 2013, Lavigne has sold more than 30 million albums and 50 million singles worldwide.

I’m hoping that her new album is more like Goodbye Lullaby than Avril Lavigne, but I do worry every now and again that it just won’t live up to what she’s worthy of!

Honestly it’s been so long at this point I would be happy with anything.

I agree both of u

im predecting we will get single around feb/march. iat least i hope so

Such a cute duet, really hope we get a single early in the year and when album by spring or summer

God I really miss her music. Goodbye Lullaby was so good.

Welcome back i missed u

I finally came back!

I really really hope we will get some info, and also that the album WONT CALLED warrior.

well then we betta pray hard, because avril is the queen of delays, lies & let down nowdays lol

I really hope for new music one day. Her last album was really great in my opinion, it was a nice mixture.

2018 first quarter she will release this dammit album

she is even very famous in China, beautifu voice.